Born November 18, 1914, my grandfather Otto Richard Hans Zapf was the second son of Richard Johannes Zapf and his wife Marie Ida Meta from the city of Oschatz in Saxony. However, he would be their only child for the years to come – their first son, Johannes Heinz Zapf (*15.07.1910) had died in May 1914 – six month before my grandfather was born.

My grandfather was too young to understand the immediate impact of the War to end all Wars but he was old enough to face the direct consequences of the naval blockade and, later, those of the Treaty of Versailles.

In November 1924, his brother Johannes Gottfried Zapf was born – from that moment on, the family’s forge in Oschatz must have been subject to the roaming of two boys. My grandfather actually stated that he felt the most happy being in the forge, “black over and over, much to the despair of his mother”.

Spring 1921 marked the beginning if his school time – first, four years in elementary school, then starting 1925, 9 years in the Oberschule.

Photos from the time are rare – this one was taken in May 1930, showing the family and presumably friends or relatives just outside their home in Oschatz. 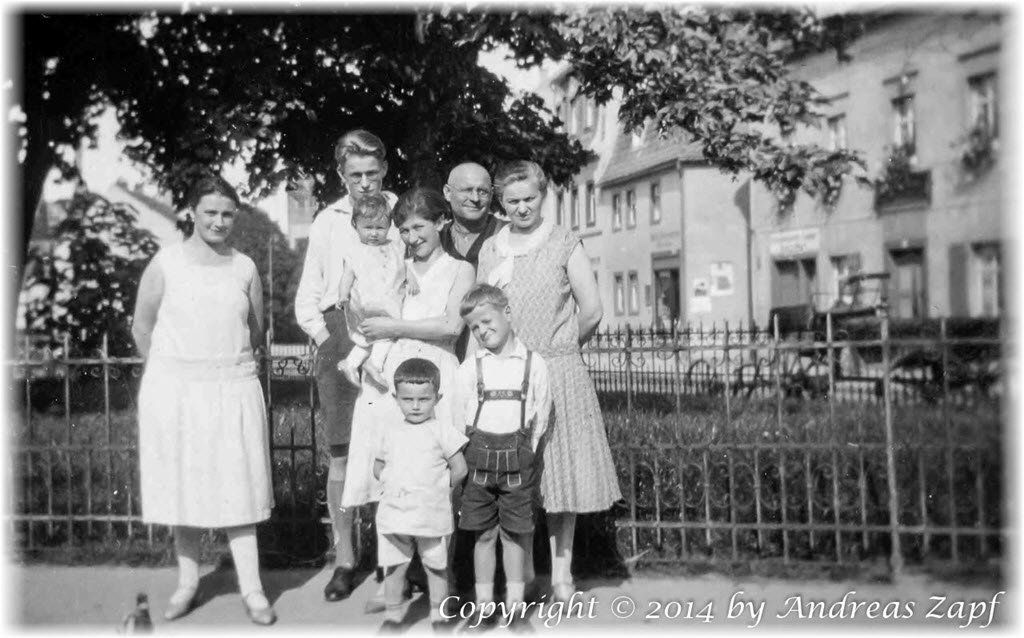 My grandfather is the tall young man in the back – his parents on the right, his younger brother standing first row right with his head tilted to the side.

As I said: photographic evidence is rare and we have got none left to ask so we’ve got to live with what we have to cover those days.

One of the earlier events covered in photos is a Ferienaufenthalt – a summer camp on the island of Sylt in 1927. One can imagine that a trip from Saxony to the North Sea was a memorable event – the journey itself is not covered in the photos but one can assume that it was taken by train. 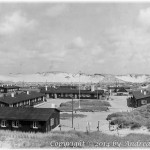 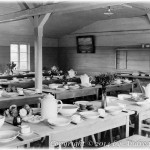 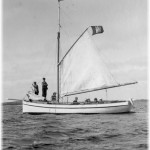 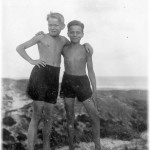 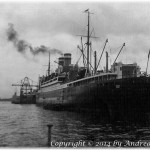 Steamships on the Journey home (1927)

Unfortunately, we know little about the other boys that went with him – have they all been from Oschatz and the surrounding villages? Who is the second boy in the photo titled “Two Friends” by him (he is the left one). 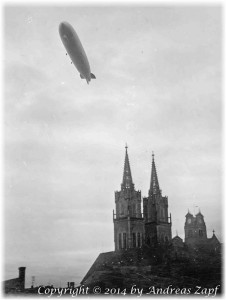 Some of the photos we still have are showing the memorable events of the time – in the early 1930s, the skies were rules by the Airships – Zeppelin as we call them in German.

This photo, presumably taken in October 1930, shows the LZ 127 “Graf Zeppelin” over Oschatz, the twin towers of St. Aegidien mark the place.

In 1930, at the age of 15, my grandfather was still in school – I don’t know much about his performance there (but I am sure he was far more focused on the matter than I had been) but we do have one photo of his class left. Once more, we know little to nothing about the boys and girls shown there – except for the time and the place (1930). 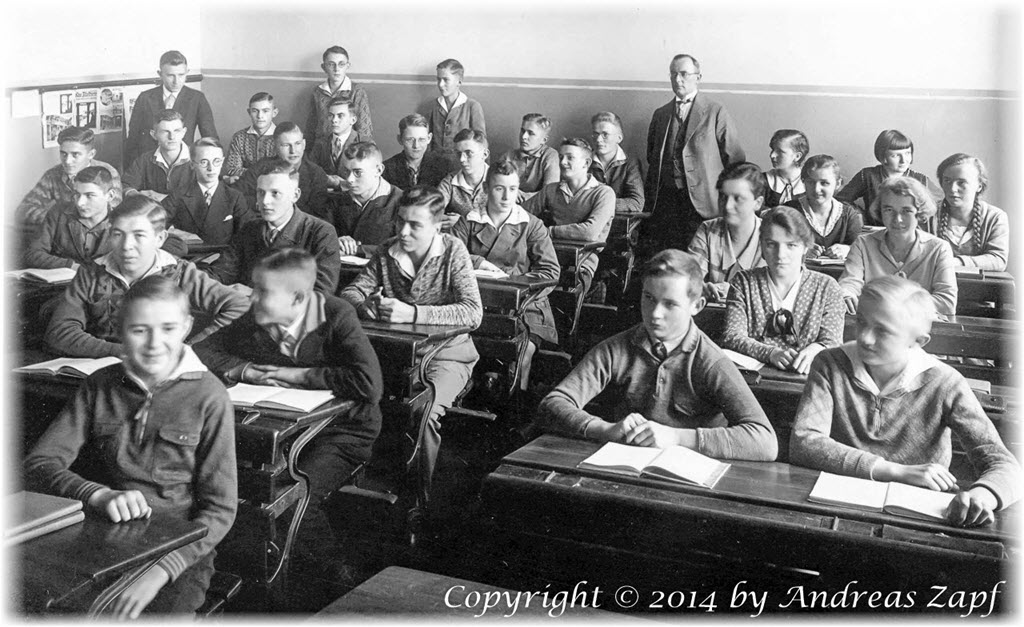 But the early 1930s already and unmistakably showed how things would develop in Germany: like many others, my grandfather had joined the youth organization of the NSDAP, the Hitlerjugend, in 1931. 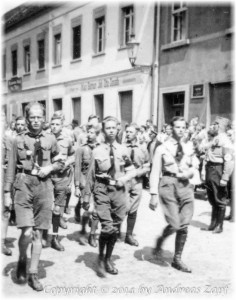 The Hitlerjugend as the youth organization of the NSDAP for boys had a clearly defined task: to ensure early and complete indoctrination of the male youths with respect to their education in line with the goals of the party and their preparation for their military duty. In one word: to play down the role of the HJ as “some form of boyscout movement” is wrong – the goal clearly was getting control over the boys in an ideological and physical fashion to ensure their availability as capable and obedient military resources in the years to come. With respect to my grandfather, the plot worked out. As it did for so many other boys of the time.

In 1933, Adolf Hitler was to take over power in Germany –  at first by winning the 1933 elections and – after having been appointed as Reichskanzler – by transforming the democratic structures of the Weimarer Republik into the totalitarian, autocratic system of the Nationalsozialismus. The “Third Reich” was born…