The entry for May 11 clearly shows that my grandfather and his men were very well aware of the situation – they knew it was unlikely their support was needed (from their current positions, they maximum range was around the town of Liège) and they were ready to go.

The firing mission targeting Julemont probably was aimed at supporing the 253. Infantry Division which was moving through the area west-north-west of  Liège but apparently, it was not needed in the end (or fell apart for other reasons).

Looking at the situation map for early May 12, 1940 (03:00 hours), the advance of the Heeresgruppe B becomes visible. Also, the breakthrough at the city of Maastricht. 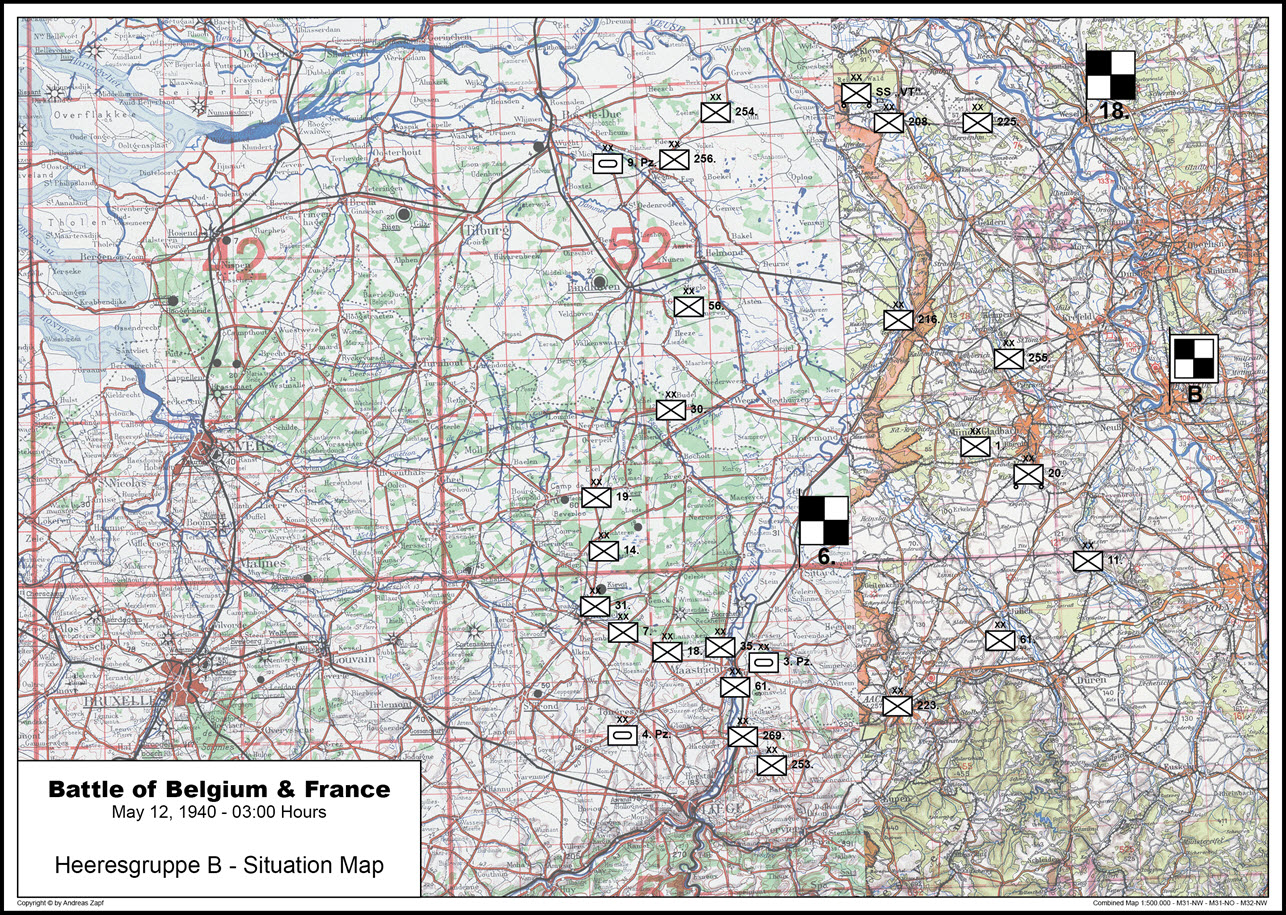 German units had managed to reach the paratroopers at Fort Eben-Emael and those units holding the bridges over the Albert Canal. The situation map shows the results of the breach in the Belgium defense line: the 4. Panzer Division had already broken through, the 3. Panzer Division (which was in a reserve position the day before) had caught up and was ready to cross the Albert Canal at Maastricht.

Having fought bravely, the Belgian 7th Infantery Division was forced to withdraw to the west. Liége in Belgium,  Maastricht in the Netherlands, and the Albert Canal had fallen to the Germans.