The day starts early – 05:35 hrs. is the planned time for the attack. At 04:30 hrs., the Commanding General of the Fliegerkoprs VIII, General v. Richthofen, informs the Chief of the General Staff AOK 6 that the airborne assault teams have received their orders for the attack west of Maastricht. The goal of the airborne assaults (1) are three bridges over the Albert Canal and Fort Eben-Emael. The attacks are taking place in an area the IV. AK is responsible for and are passed down the line, including the information of 4. Pz. Div. which is supposed to lead a swift attack to the captured bridges in order to re-enforce the airborne assault troops later the day. 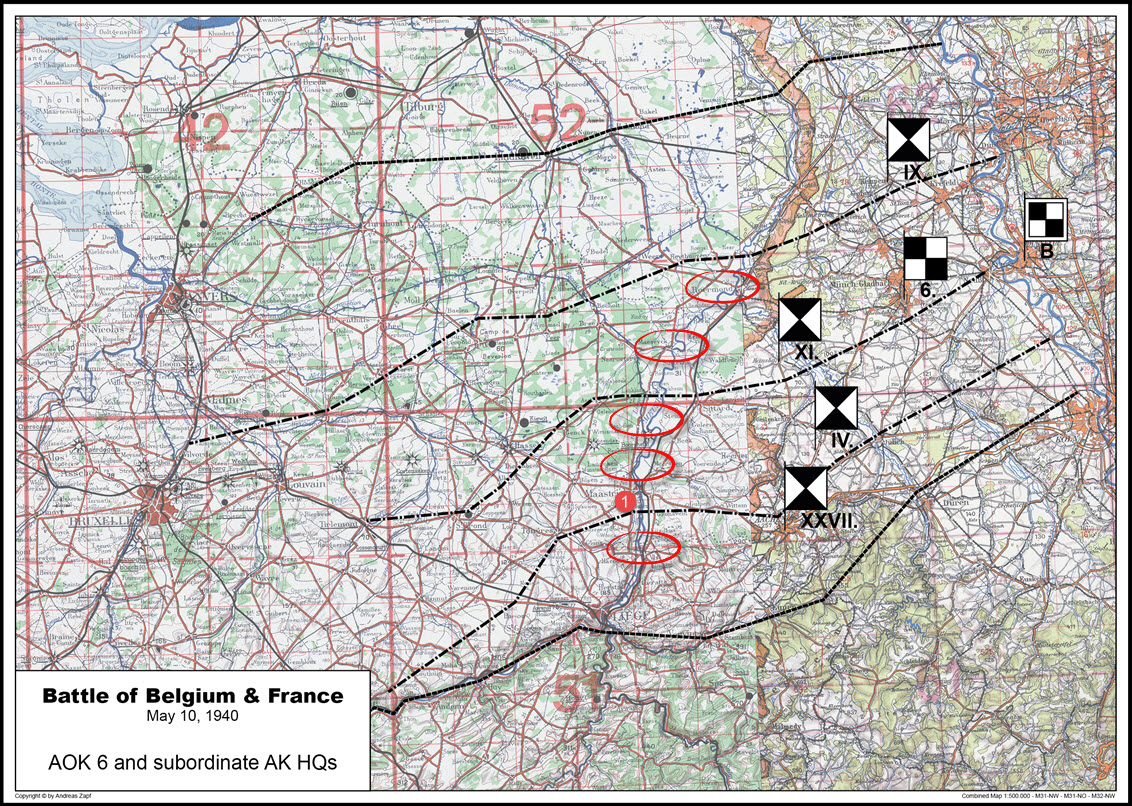 The most important goal of the first day: to capture at lease some of the bridges over the River Meuse as well as those over the many canals intact to allow for a swift attack to the west.

The Evening Report to Heeresgruppe B, as given by AOK 6 reports that the Meuse river was crossed in multiple locations between the cities of Arcen in the north and Maastricht in the south. Bridgeheads over the Meuse-Scheldt Canal are established near Eisden (7. ID) and over the Albert Canal (airborne operations at the bridges of Veldwezelt and Vroenhoven. South of Maastricht, parts of the XXVII. AK have also crossed the river.

The general observation regarding enemy activity was little resistance and is evading combat action, except some minor encounters. For the next day, the goal is still to cross the Albert Canal west of Maastricht with the 3. Pz. Div. and 4. Pz. Div. as well as the 20. ID (mot.) to push hard towards Gembloux.