The situation is now getting desperate for the Allied forces – the Daily Reports are providing the following information:

“A Belgian peace negotiator shows with with XI. Corps, asking for a cease fire. We demanded unconditional surrender. No further details known.

[…] East of Roeselare, Belgian forces are maintaining their links with the British Forces on the railroad to Ypres. British and French forces are defending their positions in the pocket by all available means. South-east of Ypres, three British battalions are fighting with great persistence, continuously running counter-attacks on our bridgeheads […]

What happened? First of all, the pressure of the Wehrmacht was beyond the defensive capabilities of the Allied forces. Secondly, the Allied Command had finally decided to not burn their remaining forces in a useless fight but to evacuate as many man as possible from port of Dunkirk and the surrounding beaches. Operation Dynamo was now in full effect. 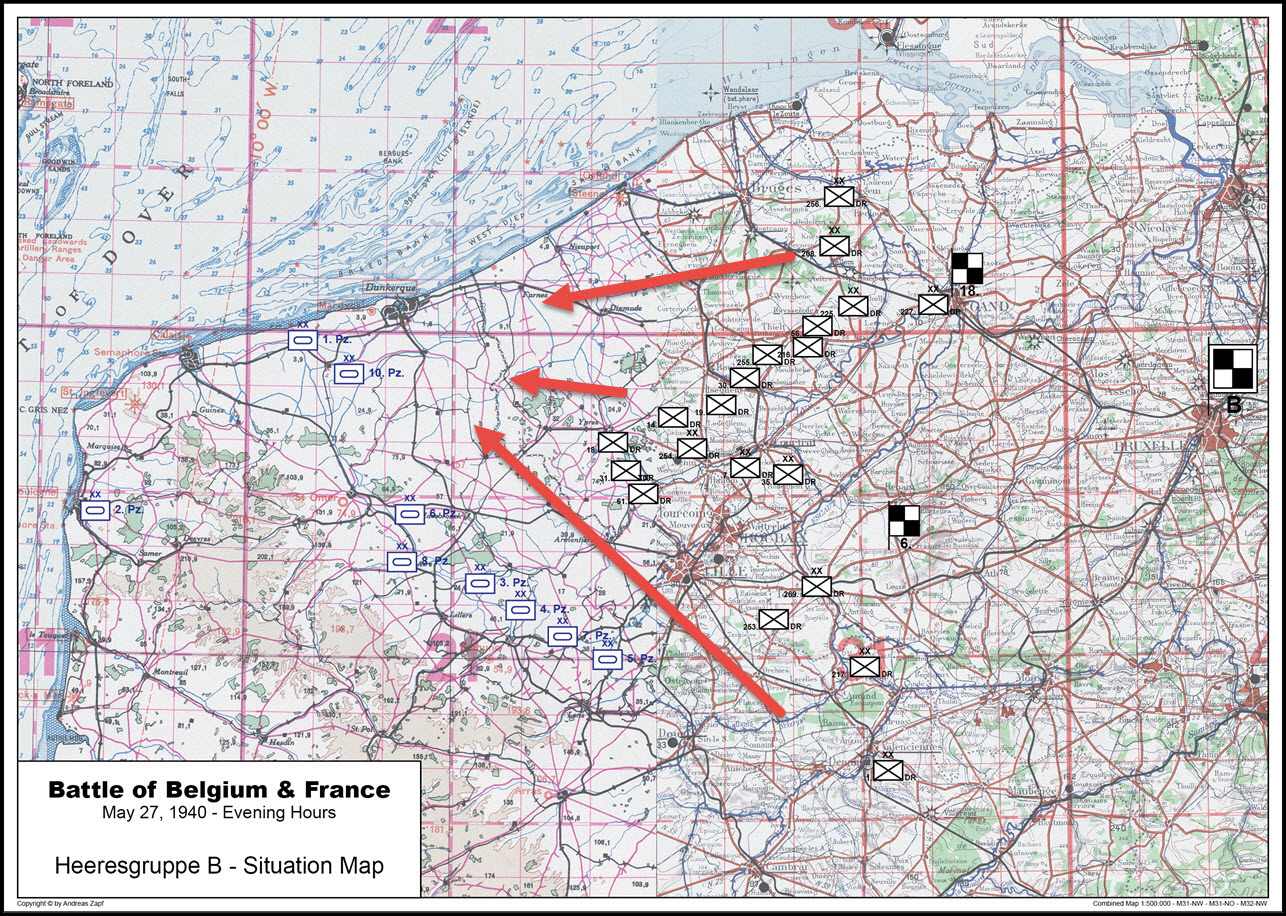