Between Ghent and Courtrai, the Wehrmacht had managed to break the last defensive line of the Allied forces, the mass of seven Infantry Divisions has crossed the river Lys.

Note: at that time, an Infanry Division roughly counted 18.000 men – assuming that not all Divisions were at their maximum strength, about 100.000 – 120.000 men pushed the Allied forces back on a front line of about 40 kilometers. 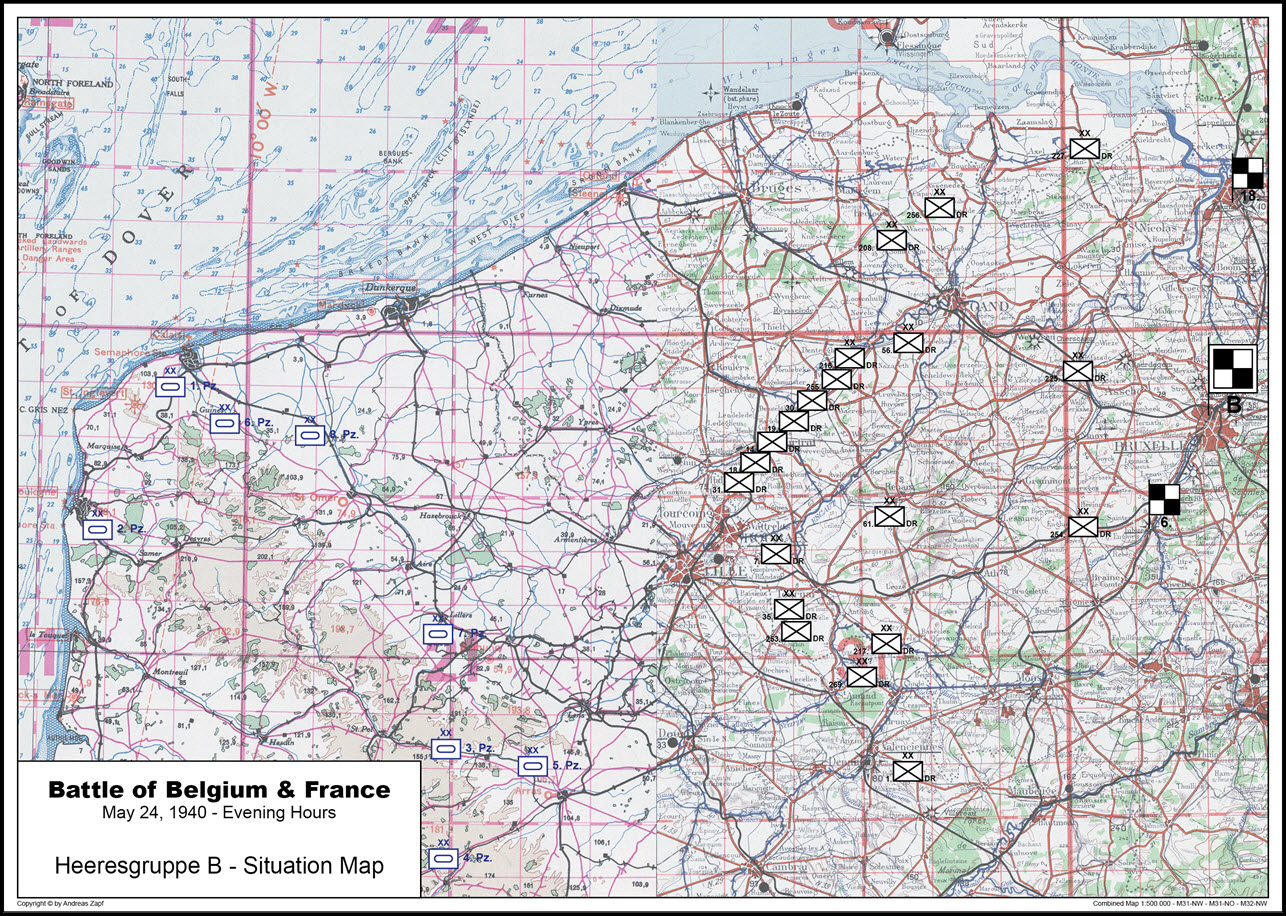 The Daily Reports summarizes the situation:

“Between Ghent and Courtrai, our troops have crossed the Lys river, we are pushing westward. At the river, the Belgian troops are maintaining their positions in some places, others have withdrawn, despite their orders to defend. The units are more and more mixing up, their fighting power has been further reduced.

On both sides of Coutrai, and in their positions at Tourcoing and St. Amand, the British and French are holding on, defending persistently.”