The next day, May 21, 1940, the men of AR 84 are taking a first firing position, as it seems. Unfortunately, I cannot read the place’s name properly and/or I cannot locate a matching location on any of the maps. However, it can be safely assumed that they got stuck somewhere between Graty (1) and Ronse (2) – or Renaix, as it is named in French. 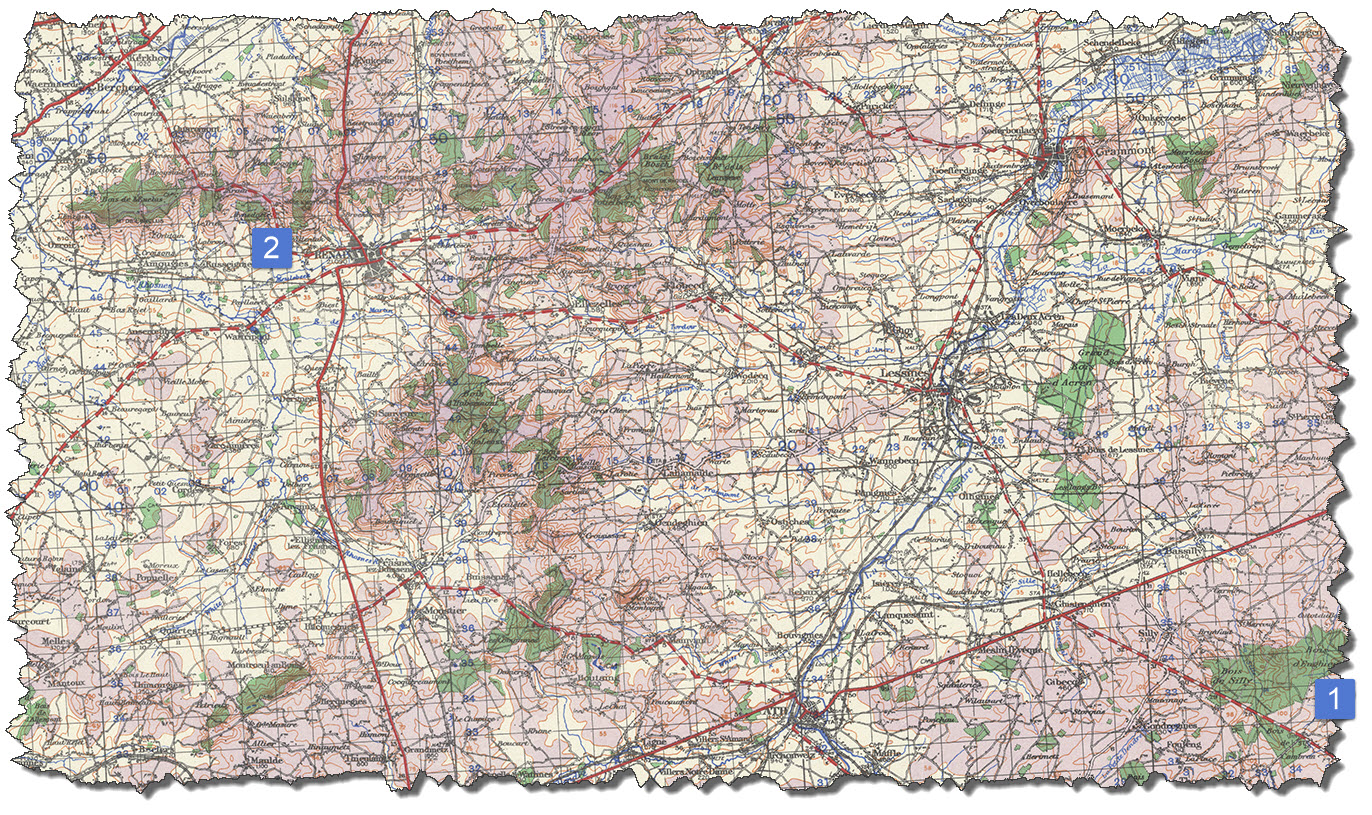 In the south, the British Expeditionary Force (or at least a small portion thereof) tried to break the German encirclement and found themselves involved in a Battle near Arras. Although initially with some success, the British forces were pushed back. While the British withdrew, the French 3rd Light Mechanised Division got itself involved in the fighting, also with some initial success but later fell victim to the Luftwaffe and reinforced German units. They also were forced to withdraw. 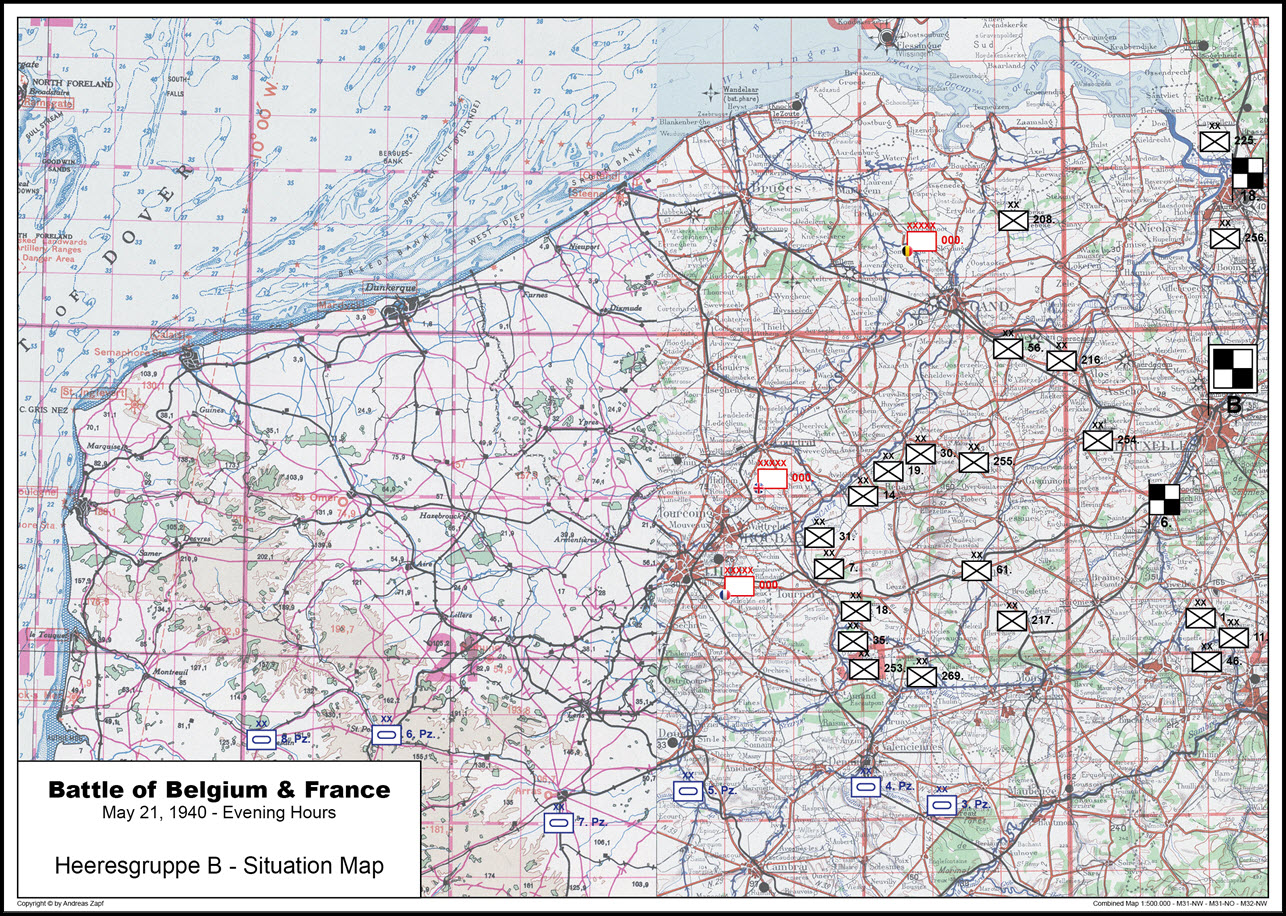