My grandfather does not know it, maybe he and his men are suspecting it: these orders to move are the last preparations before Fall Gelb is initiated the next morning. The War against Belgium is about to begin… 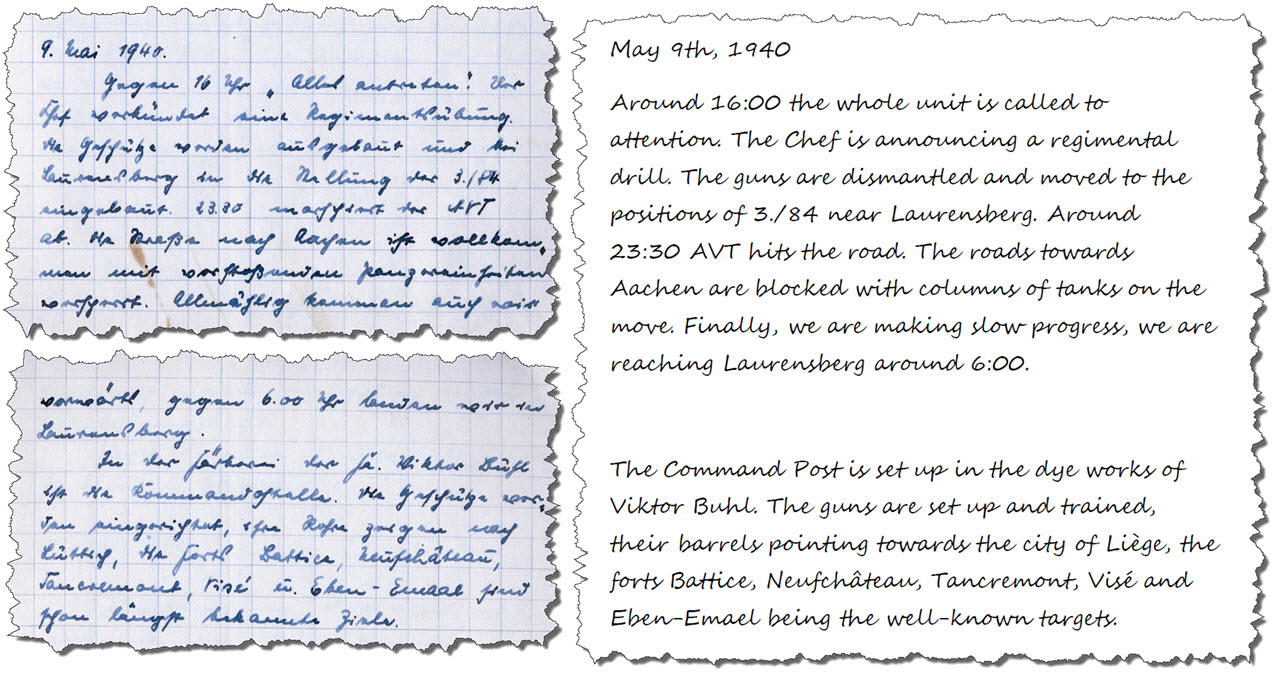 The unit is called for a later afternoon drill exercise. The guns are taken down, loaded onto their trucks and ordered into a new position in the city of Laurensberg, just shy of Belgium. The short trip from Eschweiler (1) to Laurensberg (2) takes them about 6 hours – for a distance of about 20 kilometers. 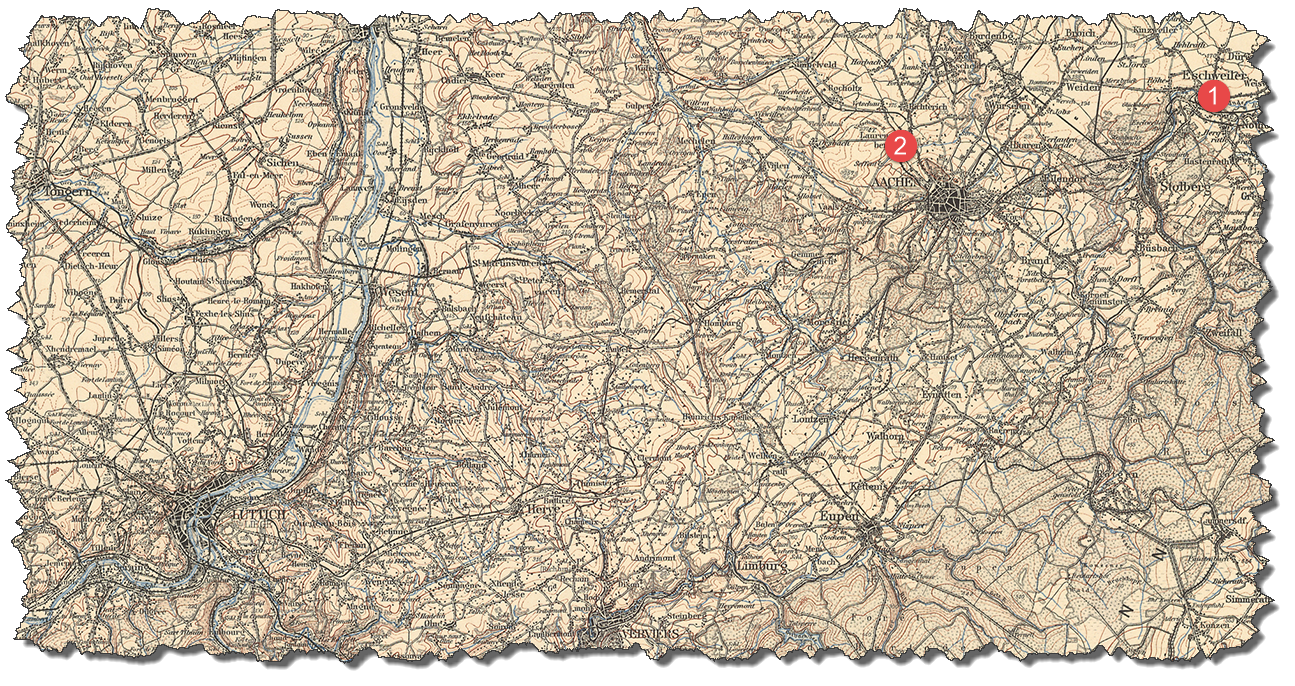 We also learn why: the roads are packed, completely blocked by moving tank units. Those are the tanks of 4. Panzer Division which were moving into position in the same area as well (see KTB 4. Pz. Div.). But it is not only the tanks – the movement must have been along the outer flanks of two Armee-Korps and their units – in the north, IV. AK is moving into position, to the south, the units of XXVII. AK are also trying to reach their initial locations.

Meanwhile, the 6. Armee is preparing for the attack on the next morning – around lunchtime, they had received the confirmation of the plans to execute the next day (see KTB AOK 6).

This entry was posted in "Fall Gelb" - Battle of Belgium, Personal Diary Entry and tagged 4. Pz. Div.. Bookmark the permalink.