The remains of the Belgian Army which were now located in the area southeast of the city of Bruges on the flat country side, the sea in their backs, had no further options – they could not free themselves, there was no hope of support, there was no room for any further withdrawal: the air was dominated by the Luftwaffe, the railway lines to Dunkirk cut. The remaining units were intermixed with the civilian population living in the area – any continued resistance would have been futile.

As a result, the Belgian King Leopold took the only reasonable way out: he asked for an armistice. The included map – courtesy of www.wwii-photos-maps.com – shows the situation around Dunkirk on May 28, 1940. 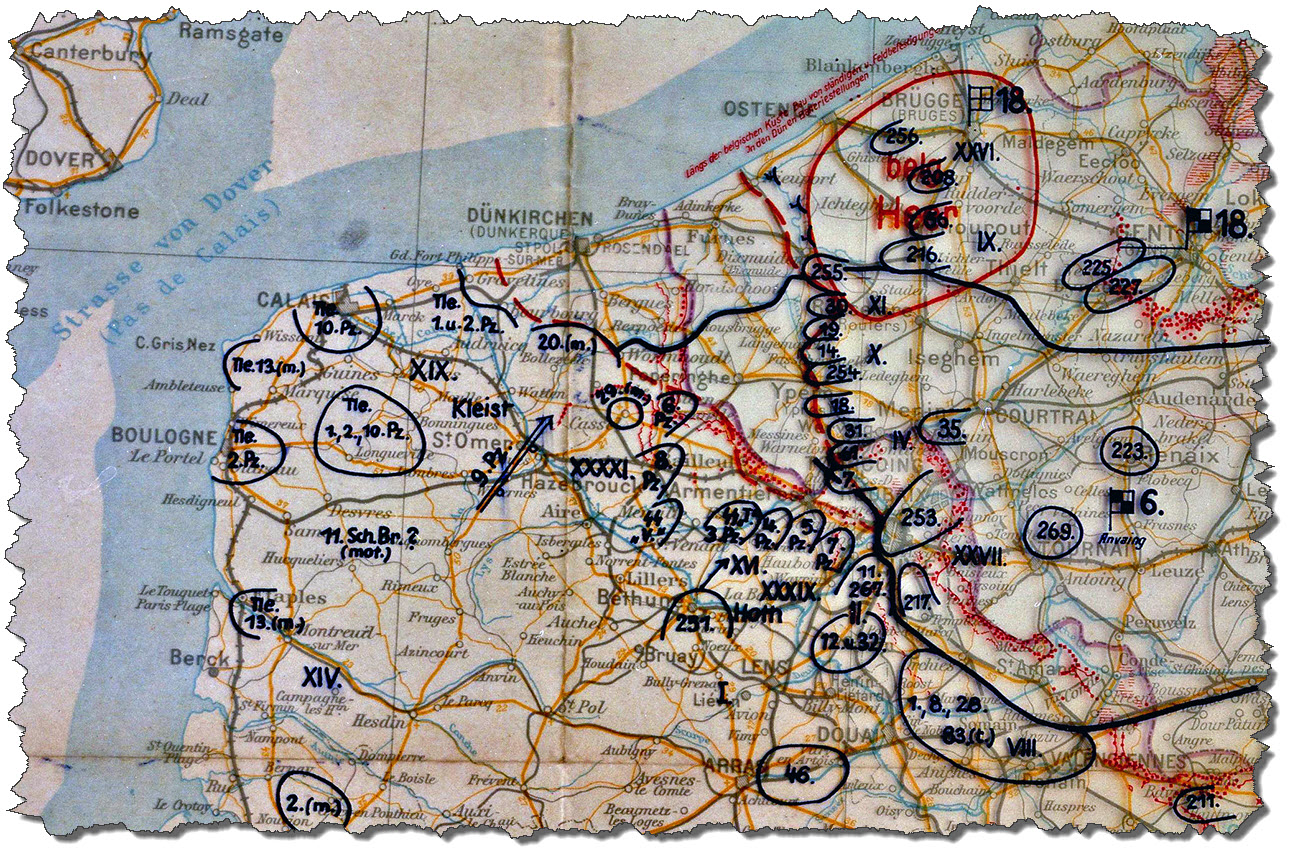 My grandfathers diary reflects the victory in the Battle of Belgium only in a single sentence – they had been informed of the unconditional surrender of the Belgian forces. Like with so many other events, I wish he would have given away a little bit of his emotions – in this case, he did not.

Which leaves me the last thought of the day: the Belgian Army had defended their country bravely and by all means. Together with the British and French fighting units, they were the ones that allowed the Allied forces the evacuation from Dunkirk by holding on to their positions as long as possible, fighting a superior enemy force. When there was no way out, they agreed to an unconditional surrender, not wasting any more lifes than that invasion had already cost. Not many leaders in history had the courage to end the fighting when they had run out of options. The Wehrmacht – victorious this time – was about to find that out some 30 month later on the western banks of the Volga River.