On September 1, 1939, Germany finally turned the smoldering fires that indicated the imminent hostilities into a full-fledged war and invaded Poland. The power keg had finally ignited.

Given the geographic situation, the Wehrmacht hat a significant tactical advantage: it already had Poland encircled without a single shot fired in anger. 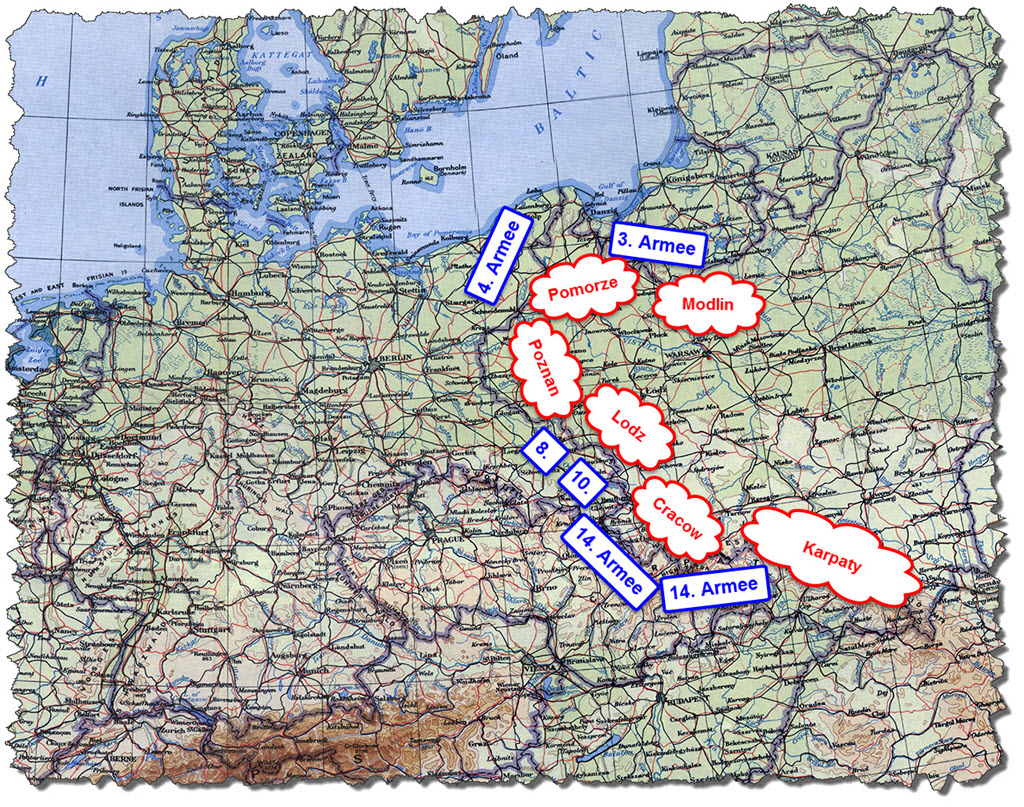 On German territory, west of the city of Danzig (Gdansk), the 4. Armee hab been put into position. In East Prussia, the 3. Armee had been moved up to the border with Poland, ready to advance to the West to join forces with the advancing 4. Armee and at the same time push to the south, towards Warsaw. The two armies formed Heeresgruppe Nord.

In the south, in Upper Silesia and Slovakia, the 8. Armee, 10. Armee and 14. Armee had been put in place, ready to push towards the cities of Lodz and Cracow, then towards Warsaw. The three armies formed Heeresgruppe Süd.

On the Polish side, 6 Armies faced the Wehrmacht. The Armies Crakow and Lodz formed the main body of defense in the south. The west was covered by the Army Poznan and the north by Army Pomorze. The southeast was covered by Army Karpaty, the northern border by Army Modlin.

By September 6, 1939, the Wehrmacht managed to push back the Polish forces without being able to encircle and annihilate them. By the end of the first week, the Polish High Command ordered its units to withdraw to a second line of defense but the rapid advance of the Germans stalled this attempt: the German tanks were faster than the Polish infantry.

The reaction of England and France was weak: following the invasion of Poland, both declared war on Germany but failed to provide direct military support. Without a second front in the West, however, Poland was unable to repel the invasion with Germany being able to solely focus on one theater of operations.

Following September 6, 1939, the Wehrmacht increased the pressure on the Polish defenders – a series of clashes near Radom (1), Kunto (2), Wizna (3), and other battles developed, the Polish army took significant losses. When the Soviet Union declared war on Poland on September 17, 1939, the countries fate was sealed.

The battle of Lublin (4) on September 23, 1939, put an de-facto end to Polish military activities. Five days later, Warsaw was taken after having suffered heavily from a continuous bombardment by German artillery and the Luftwaffe. The last Polish units surrendered October 6, 1939, after having been defeated near Kock (5). 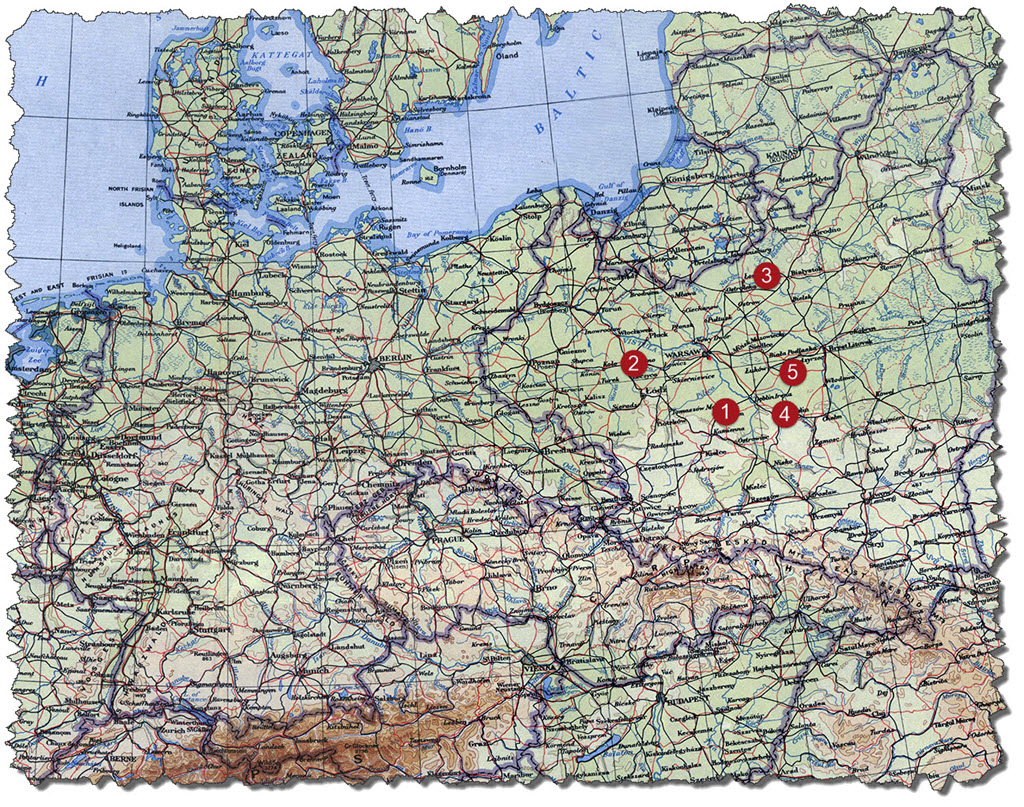 With respect to my grandfather’s war diaries: he had not been mobilized by the Wehrmacht when the war started, therefore the diaries do not cover the invasion of Poland. I still decided to cover the first month of the war quickly to provide a complete overview of the situation before diving in January 1940.

This entry was posted in Background Narrative (General) and tagged Fall "Weiss". Bookmark the permalink.